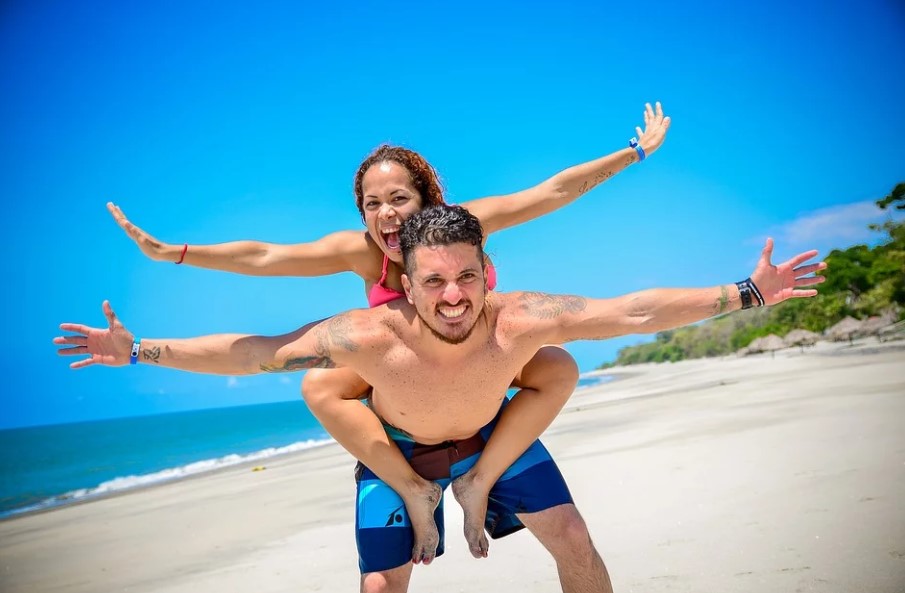 I’m a complete movie freak – love ’em!  I’ve been a movie geek as long as I can remember.  I love seeing stories of great heroism, great love, and even greater idiocy.  They inspire me to think, dream, and question the limits of possibility….and sometimes they just make me laugh and realize I’m not the only goofball in the universe without all the answers….I’m in the majority.

That’s where romantic comedy comes in.

Do you know that the pure romantic film is pretty much done?  Yup….over…extinct…fini….buh-bye….been gone for almost 30 years.  You might say “well what about ‘Titanic'”? That was 30 minutes of cheap stereotypical love story surrounded by 3 hours of “let’s sink the big-ass computer-generated boat” special effects.  Go look at movies like “Love Story”, ” Casablanca “, or “An Affair to Remember”, and then tell me that the romantic genre is still alive.

That genre is dead…killed by cynicism and the feeling that such romance doesn’t exist in the real world anymore.

But  romantic comedy thrives – in fact, it’s becoming so common, that many films which should be ‘just’ comedies are often romantic comedies in disguise.  Films like “Wedding Crashers”, “40 Year Old Virgin“, “Talladega Nights”, “Anchorman”, even “Old School”…all have strong romantic comedy elements that push them to their conclusion.

Incidentally, during Hollywood’s golden age (1930’s – 50’s) there were 2 genres of film that were nearly indistinguishable, and which, to this day, film scholars argue over precisely what differentiates the two – the Romantic Comedy and the Screwball Comedy.  However, I talked to a famous screenwriter from that era who told me EXACTLY what the difference was, and how the studios decided which was which.  A romantic comedy was a story where the man’s love for a woman saved her from her old life and made her new life better because of him.  Screwball comedy was where the woman saved the man.  I thought that was a bit misogynistic at first, but then the thought hit me…maybe a woman came up with those definitions…..hmmmmmmm.

That famous screenwriter I mentioned also told me something that changed the way I looked at romantic comedy forever…and added a critical change to the way I meet women.

In every romantic comedy there comes a moment when the romantic lead stops being a clown and becomes a hero….from that point forward we can’t laugh at him anymore, and we KNOW he’s going to get the girl.  It generally comes late in the story, because everything that follows it is a forgone conclusion.

Know what it is?

The hero gets real with the girl……no more jokes, no more lies, no more tricks.
He lays it all on the line, as vulnerable and honest as he can be, no matter how ugly or embarrassing the truth may be.

In “40 Year Old Virgin,” Andy has met Trish, made her laugh, connected with her, but he keeps hiding the fact he’s still a virgin, making every possible excuse not to sleep with because he’s afraid of being found out.  After a series of misunderstandings he chases after her through traffic on his bicycle, hits a car, gets thrown through both sides of a billboard truck, lands on his back in the middle of the street, narrowly avoids getting run over, and when he can barley even move, he tells the girl “I was afraid you wouldn’t like me because I was a virgin”.

He’s come clean – we know he’s gonna’ get the girl, and we want him to.

In “The Wedding Crashers” Owen Wilson realizes that he has to tell Claire he’s been lying to her about who he I, but before he can, Claire’s  finace’ Zack (“the Sack”) exposes the whole charade.  He tells her “These guys crash weddings to get laid”.  Claire screams at Owen Wilson “Is this true, yes or no?”.  He says “yes” – even though he knows it will make him leave her right now.  He got real, realizing the price he was going to have to pay.  From that point forward, we can’t laugh at him anymore, and we’re pretty sure he’s going to get the girl.  In this case, it takes Owen one more time to make himself even MORE vulnerable to her before he wins the girl.  He goes to the wedding of his best friend where Claire is a bridesmaid, and in front of the entire crowd, including the fiancé’, confesses everything he’s done, and then he tells her:

“…the person I love the most is standing right here and I’m not ready to lose you yet. Claire, I’m not standing here asking you to marry me, I’m just asking you not to marry him…”

(incidentally, this movie has a “screwball” element too – the girl Vince Vaughn falls for comes clean and tells him she was lying about being a virgin when they met…she only said that because she thought guys liked to hear that…and he falls in love with her right there).

In “When Harry Met Sally” Harry rushes into a New Years Eve party, looking like a drowned rat, after he and Sally have gone their separate ways and in front of the entire crowd he says:

In “A Fish Called Wanda” Jamie Lee Curtis tries to seduce John Cleese to steal a key from him.  He’s so hot for her that he does insane things to get this key – even getting beat up and faking a burglary.  But after getting caught in the act of sneaking around on his wife (or at least trying – he keeps getting caught in embarrassing situations before he can have sex with Jamie Lee Curtis), John Cleese calls Jamie Lee and says he can’t see her any more because it’s wrong.  The tables are turned – this woman who has been pursued by every man in the film suddenly wants only John Cleese.

In “Moonstruck”, Nicholas Cage stands outside his apartment after he returns with Cher from a night at the opera (something she agreed to as a way of saying goodbye before she marries his brother). When she realizes they’re in front of his apartment she gets angry – it feels like she’s been duped and lied to about their final goodbye.  And as they stand there in the cold Nick Cage says to her:

Sleepless in Seattle , A Fish Called Wanda, Love Actually, Notting Hill, Wimbledon , Four Weddings and Funeral – Get the picture?? This happens in EVERY romantic comedy…look for it….it’s there.  If that doesn’t happen (there are 2 storylines in “Love Actually” where it doesn’t), the guy WON ‘T get the girl.

Great….so we know how to write the end of a romantic comedy…how does this help us meet girls?

In all of these, the guys start off on a journey – we see their good qualities (some have to develop those qualities before the girls see them), and they get women at adultfrinendfinder.com login attracted to them.  They may be funny, witty, charming, or so “alpha” they literally drip testosterone (watch Nick Cage’s first appearance in “Moonstruck”). They may have something the girl wants – money, fame, a key to millions of dollars, etc.  They may even get the girl into bed with those qualities….but they won’t win her heart until they get real with their girls – and when they do, they become a hero, and EVERYONE wants them to have her.  Before that you’re just entertainment – a passing fad, a pleasant diversion with no substance.

If the girl gets vulnerable before you do, it’s screwball.  If the makes himself vulnerable their first, it’s romantic. Do that and you’ll make a connection that will have the girl wanting you AND you’ll make the whole world cheer for you to win her.True heroes are the ones who have the strength to leave themselves completely bare and open.  Maybe if enough guys get this, those purely romantic movies will reappear.